ees South America is the ideal platform for all stakeholders in the rapidly growing energy storage market. 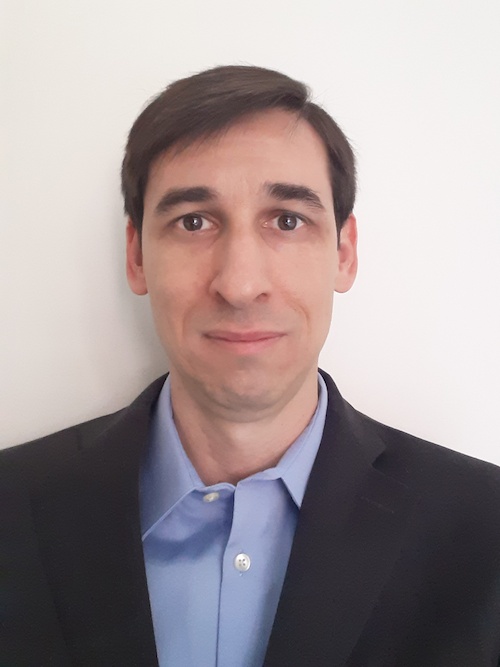 Marco Aurélio Lenzi Castro, Renewable Energy Specialist
Could you give us the main picture of renewables deployment in Brazil?

Brazil is known for having an electricity matrix that is mainly renewable, with about 83% of its central generation coming from hydro (63%), wind (9.3%), biomass (8.7%) and solar (1.7%). On the other hand, the small-scale distributed generation market (up to 5 MW) is growing fast, reaching 3.9 GW of renewable energy installed at the customer side (known as behind the meter), where solar PV represents 95%. Therefore, large-scale and small-scale solar power plants have together 6.7 GW, representing 3.8% of Brazil power capacity.

The expansion of generation is made by centralized auctions planned by the Ministry of Mines and Energy and organized by ANEEL, where all available energy sources compete to earn long term contracts with utilities, by offering their lowest prices.

According to the last energy auctions, large-scale wind and solar are the cheapest energy sources available, followed by biomass, gas and small hydro. Hydropower plants with big reservoirs face huge environmental restrictions, which represents high risks for investors, so such projects have not often been developed.

How microgrids work and what benefits they can provide?

Microgrids are small smart grids able to operate connected or isolated from the main network, with enough DER to supply their own customers. The concept of remote microgrids is not new and has been used in many countries to provide electricity to isolated communities or in rural areas. Those grids are usually powered by diesel-based generators or hybrid systems, which works with diesel-based along with one renewable energy source.

The innovation arises on microgrids installed in urban areas and connected to the main network, allowing consumers to manage their own generation, increasing the resilience of their energy supply by operating the microgrid in isolated mode during energy outages in the main network, reducing their energy costs, and improving the quality of the distribution grid.

The main component is the microgrid controller, which is a software in charge of managing the energy resources to supply the loads, considering all technical and economical requirements to provide a reliable, safe and cost-effective power supply.

There are many benefits that microgrids can provide depending on their design and how they will be operated, which means in isolated mode for remote areas or grid connected, reaching not only their participants but also the main grid and society as well.

The main potential benefits are:

What are the main drivers and challenges for microgrids in Brazil?

Increasing the reliability and resilience of the energy supply can be considered the main drivers to build an urban microgrid, allowing critical loads, such as hospitals and industrial facilities, along with other types of consumers ( such as commercial and residential) that want a better network service, to keep their ongoing activities during an outage.

Grid reliability is a big issue in developing countries, such as Brazil, where the distribution networks are mostly congested, with long feeders, voltage regulation issues and high number of outages during the year.

Another driver to build a microgrid in Brazil is the reduction of energy costs by using the local distributed energy resources available inside the microgrid, such as solar, biomass and storage, which can provide cheaper electricity, as well as avoiding the high peak hours tariffs charged by utilities.

Despite all the benefits that an urban microgrid can provide, there are technical, regulatory and economic challenges in many countries, including Brazil, that prevent the full deployment of projects without receiving subsidies from governments or funding for Research and Development programs.
From the technical point of view, the lack of international standards for microgrids might lead to interconnection issues with the main network, as well as managing the load and local power generation to keep the stability of the system.

On the other hand, there is no specific regulation designed for microgrids, which creates barriers for innovative business models in Brazil and increases the uncertainty surrounding those projects, preventing potential investors and financial institutions from offering their solutions to overcome the economic challenges, such as the high initial costs.

How can utilities use distributed energy resources, such as PV and batteries, to benefit their consumers?

Utilities in some states in US, such as NY, as well as in Australia have already incorporated the concept of non-wires alternatives to their regular network planning, which means assessing the technical and economic feasibility to connect distributed generation, batteries, implementing demand response programs or microgrids to improve the reliability and resilience of the energy supply to their customers, avoiding or postponing investments in grid upgrades.

In doing so, it opens a great opportunity for solar PV plus storage and microgrids to provide benefits to all consumers for the cases where the cost-benefit analysis indicates that these alternatives are cheaper than the traditional poles and wires investments.

For example, a battery system might be useful to improve the voltage in feeders with high penetration of solar PV, absorbing the excess of energy during the day and discharging at peak times.

Is there any example of such projects in Brazil?

There are some research and development projects from utilities assessing how storage alone or associated with PV could support the grid during peak times, as well as providing other ancillary services, such as voltage control, when they are installed behind or in front of the meter.

About microgrids, ANEEL approved in September a pilot project from Copel, which is the main utility from Parana State, that intents to purchase energy from medium size power plants (1 to 30 MW) that use renewable energy sources in order to form microgrids in some areas to improve the reliability of the energy supply when an outage occurs.

For this project, it is required that the power plant must provide at least 5h of continuous energy production while the microgrid will be isolated from the main grid, waiting for Copel to fix the issue and reconnect the loads. Therefore, in this case, small hydro, biomass and biogas might be the best options, considering the local energy resources.

What are the perspectives for DER and microgrid deployment in the coming years in Brazil?

The role of utilities and the engagement of consumers are changing rapidly in many countries with high penetration of DG, storage and EV, and this trend has already arrived in Brazil, because solar PV is growing in a fast pace, while other DER might take some time to become popular.

The main drivers for DER and microgrids deployment in Brazil are cost reduction for consumers and improve reliability of the grid, which open space in the short run for non-wires alternatives, from utilities’ point of view, as well as the substitution of emergency diesel generators by batteries, for large commercial and industrial customers.

Currently, there are many pilot projects assessing the technical and regulatory frameworks for batteries, EV and microgrids, which are already providing valuable inputs to the Regulator in its challenging and exciting duty of allowing innovative technologies and business models, as well as keeping the electricity services safe, reliable and affordable for more than 80 million customers in Brazil.

Marco Aurélio Lenzi Castro is a Renewable Energy Specialist with 20 years of experience in the Energy Industry, with focus on Renewable Energy and Regulatory Framework, working as an Electricity Regulatory Specialist for the Brazilian Electricity Regulator – ANEEL since 2002. Before joining ANEEL, Marco Castro had joined the Brazilian Independent System Operator – ONS from 2001 to 2002. Between January 2012 and July 2013, he had also joined the Inter-American Development Bank - IDB as an Energy Specialist.

Marco Castro is co-author of the book ‘The Regulation and Policy of Latin American Energy Transitions’ , published by Elsevier in February of 2020. He wrote the Chapter 9 ‘Urban microgrids: benefits, challenges and business models’ .

Média Voltagem specializes in solutions for electrical systems of 15 to 36kV. We provide technical assistance on electrical panels, input substations and photovoltaic skids, and also trade on materials and accessories for electricity works. We have grown into one of the leading companies in Brazil’s electricity sector.

In response to the continued high number of persons infected with the coronavirus (COVID-19) in Brazil and worldwide and the associated restrictions, the organizers of The smarter E South America – Solar Promotion International GmbH (SPI), Freiburg Management and Marketing International GmbH (FMMI) and Aranda Eventos & Congressos Ltda. (ARANDA) – have decided to postpone the event, which had originally been set to take place from August 24–26, 2021.

Read more about the The smarter E AWARD finalists 2021